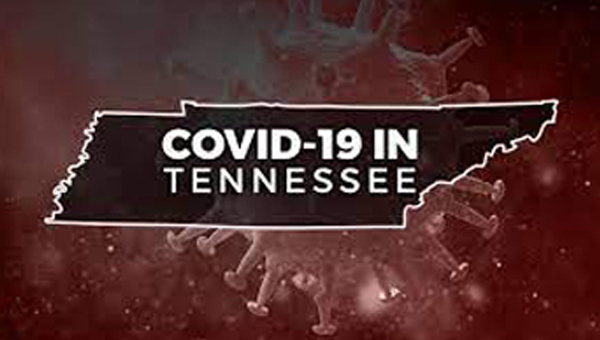 The Tennessee Department of Health released new statistics on COVID-19 data on Monday regarding new cases, deaths and vaccinations for Northeast Tennessee from the past weekend.

In terms of new cases in the region, the department revealed that there were 1,248 new cases of COVID-19 on Friday, a new record from that of the previous week which sat just under one thousand at 985.

Those numbers are just from last Friday, with the rest of the weekend bringing even more numbers creating a total of 2,318 new cases in Northeast Tennessee over the three day spread.

Breaking things down by county, since Friday Sullivan County had the most with 675, followed by Washington County with 494 and Greene with 437 cases. Hawkins County sits in the middle of the pack with 340 new cases followed by Carter County which has 243, while Unicoi and Johnson County sit under 100 with 79 and 61, respectively.

Vaccination numbers for COVID-19 across the region are still relatively low however, with 216,516 people or around 42.8 percent of people in Northeast Tennessee having been vaccinated.

Washington County leads the charge with over half of the population being vaccinated at around 51 percent, followed by Sullivan County with almost 45 percent and Unicoi at just over 44 percent. Four counties in the region are still in the 30 percent range with Greene County at almost 39 percent, Hawkins County at 36 percent, Carter County at just over 33 percent, and Johnson County with the lowest at around 32 percent.

Deaths from COVID-19 in the region since Friday are relatively low within the region, with only 12 reported deaths in Northeast Tennessee. In terms of county, Washington, Sullivan, and Greene counties have all reported three, with Hawkins County reporting two and Carter County reporting one COVID-related death.

From Monday alone, however, these numbers by county are as follows: Sullivan County with three deaths yesterday, while Washington and Greene County reported two a piece.

The Tennessee Department of Health has reported that since the pandemic began, Northeast Tennessee has had 78,516 total cases and 1,254 deaths within the region.

BY NIC MILLER STAR STAFF nic.miller@elizabethton.com Elizabethton and Carter County has been home to many emerging local businesses over the... read more