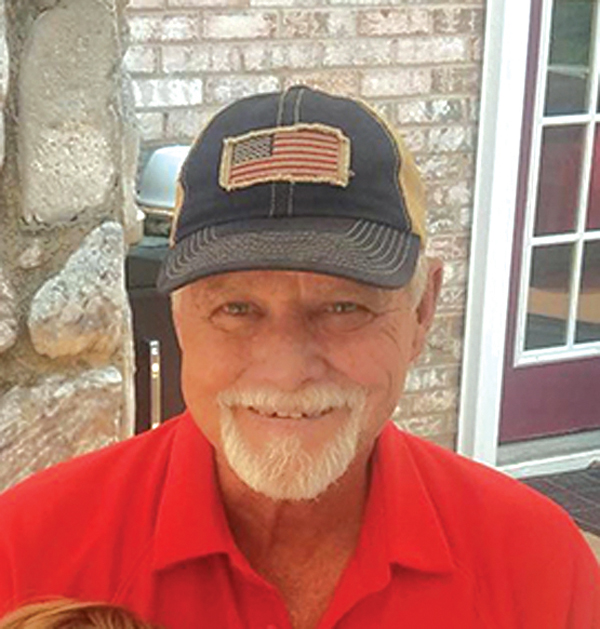 Dallas Vernon Johnson, 67, of Johnson City, Tenn., went home to be with his Lord and Savior on Monday, August 2, 2021, at Johnson City Medical Center. Dallas was born on November 8, 1953 in Portsmouth, Va. From a young age, Dallas learned to love the outdoors and was an avid outdoorsman and sportsman. There was no greater joy to Dallas than being able to spend a day hunting, fishing, or traveling around the country seeking new adventures. Dallas also loved to work in his garden and took great pride in being able to share his growth with other people. Dallas was a very skilled man who worked his entire life as an expert carpenter. Perhaps the greatest feature of all about Dallas was his charming personality and the fact that his smile would light up a room. Dallas was able to impact so many people in his life, and each of them would say they were forever grateful for having known him. Dallas was an active member at River of Life Church of Piney Flats, Tenn.
Dallas was preceded in death by his parents, Vernon Johnson and Doris “Dolly” McCall.
Those left to cherish his memory include his wife, Debbie Johnson; five children and their spouses, Shannon and husband, Dennis Carr, Tracy Johnson, Dustin and wife, Haylee Johnson, David and wife, Hannah Johnson, and Kelly and husband, David Osborne; eight grandchildren, Kristen Williams, Jonah Johnson, Cameron Campbell, Caleb Campbell, Aiden Williams, Kailyn Williams, Mason Williams and Daniel Osborne; a sister, Doris Shook; and his greatest companion, his dog Sage.
Funeral services for Dallas Johnson will be conducted in the chapel of Tetrick Funeral Services on Saturday, August 7, at 1 p.m. with Rev. Richard Bawgus officiating. Interment will follow in the Glenwood Cemetery of Bristol with family and friends serving as pallbearers. The Johnson Family will receive friends at Tetrick Funeral Home on Saturday after 11 a.m. until the hour of service at 1 p.m. Memories and condolences may be shared at www.tetrickfuneralhome.com.
Tetrick Funeral Services, 3001 Peoples Street, Johnson City, TN 37604, (423-610-7171), is honored to serve the Johnson Family.