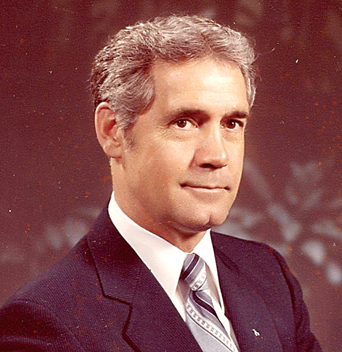 Psalm 118:17: I shall not die, but live, and declare the works of the Lord.
James Bradley (JB) Shepherd, 89, of Elizabethton, Tenn., went to be with his Lord surrounded by his family on July 27, 2021. JB was born in Carter County on January 25, 1932 to the late Carl Newton Shepherd and the late Ocea Lea Shell Shepherd.
JB graduated from Elizabethton High School in 1950, where he lettered in basketball. He then graduated from Milligan College in 1954 with a BA in Business Administration. He spent two years in the U.S. Army, 18 months of which were in the Army Attaché Office at the Pentagon in Washington, DC. He worked for Monsanto Chemical Company from 1957 to 1965 located in Pensacola, Fla., Greenwood, S.C., and Etowah, Tenn. From 1965 to 1978 he worked at Beaunit (formerly North American Rayon Corporation) where he was a member of management. In 1978 he became the President and part owner of Builders Supply Company in Elizabethton and Mountain City. He was the President of Alliance for Business and Training (AB&T). He was appointed as a member of The Private Industry Council (PIC) in 1983 and served as the Director until he retired in 2008. He also worked with Randall Birchfield Real Estate and Auction as a realtor and worked at a funeral home.
JB served on the Elizabethton City Council and was elected as the Mayor of Elizabethton from 1977 to 1981 and was the chairman of the First Tennessee-Virginia Development District. He was made Honorary Sergeant at Arms in the Tennessee Senate in 1978. JB was also recognized by the VFW Post 2166 in 1978 as the Outstanding Male Citizen of the Year for his outstanding contributions to Carter County. JB was a charter member of the Jericho Shrine Temple and Watauga Lodge 622 F & M (York Rite and Scottish Rite). He was a member and former President of the Lions Club. JB was a member of the Rotary Club and also served as the President of the Etowah Rotary Club.
JB was a longtime member of West Side Christian Church where he loved to sing in the choir. JB also enjoyed playing cards at the Elizabethton Fire Stations.
He was preceded in death by his first wife, Dorothea Dean Kyte Shepherd, and his siblings, Carl Newton Shepherd Jr. and Glenola Frances “Sissie” Shepherd Mottern.
Survivors include his wife, Nan L. Shepherd; his four children, Janie Shepherd Harding (Daniel), Tracey Lee Shepherd Clock (Bob), Steven Daniel Shepherd (Tamra) and Nathan Bradley Shepherd (Regina); six grandchildren, Lindsey Jane Stagner (Harley), Daniel Lee (Bo) Harding), Kathryn Dean “Katie” Barton (Mark), Ryan Andrew Clock (Sarah), JonWyatt Shepherd and Nathanial Luke Shepherd; and eight great-grandchildren, Olivia Knapp, Lila Belle Harding, Bodhi Barton, River Dean Harding, Ocie Barton, Alice Clock, Theodore Clock and West Harding; and his sister, Mary Lynn Phillips. In addition, several nieces, nephews and cousins.
Funeral services will be conducted at 7 p.m. Friday, July 30, at Memorial Funeral Chapel with Mr. Greg Key, minister, officiating. Music will be provided by Scott Reynolds and Ryan Eggers. Entombment will be at 11 a.m. Saturday, July 31, in the Mausoleum of Faith at Happy Valley Memorial Park. Active pallbearers, who are requested to assemble at the funeral home at 10:20 a.m. Saturday, will be Brad Shepherd, Steve Shepherd, Dan Harding, Bob Clock, Bob Grindstaff, Bo Harding, Luke Shepherd and JonWyatt Shepherd. Honorary pallbearers will be his church family, members of the City Council, City of Elizabethton and members of the Elizabethton Fire Department. There will be a Masonic Service conducted by Watauga Lodge #622 following the funeral service. Military Honors will be provided by V.F.W. Post 2108. The family will receive friends from 6 to 7 p.m. Friday, prior to the service. In lieu of flowers, donations may be sent to West Side Christian Church Van Fund or the East Tennessee Christian Home. Family and friends will assemble at the funeral home at 10:20 a.m. Saturday to go in procession to the cemetery. Condolences may be sent to the family at our website, www.memorialfcelizabethton.com.
Memorial Funeral Chapel is serving the Shepherd family.

Anna Zelko Banner, 102, long-time resident of Elizabethton, Tenn., passed away in the loving arms of her daughter in Rapid... read more