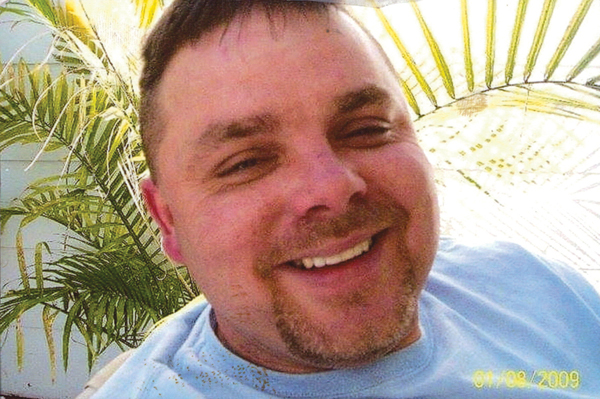 Roger Dewayne Bailey, 48, of Elizabethton, Tenn., went home to be with his Lord on Thursday, July 22, 2021, from the Mission Memorial Hospital in Asheville, N.C. Roger was born in Harlan, Ky., to the late Alma Jean Bailey Brown and Arie Amburgey. In addition to his mother, Roger was preceded in death by a son, Ryan Bailey, and his stepfather, Jay Brown.
Roger was currently Correctional Unit Manager and had worked for 27 years at Northeast Correctional Complex. He had been recognized numerous times through his work at the prison. He had a wonderful sense of humor and just loved to laugh as well as make others laugh and smile.
Roger was a member of the Lighthouse for Jesus in Elizabethton. He loved to sit on his front porch in the fall and enjoy the beautiful sky and cooler weather.
Those left to cherish his memory, in addition to his father, include his wife of eight years (although they had been together for 14 years), Crystal Bailey, of the home; three sons, Hunter Brown of Elizabethton, Tenn., Matthew Bailey and fiancé Cassie of Danville, Ky., and Roger Bailey of Elizabethton; two grandsons and one granddaughter (on the way); four sisters, Pam Patterson (Todd Mason) of Harrogate, Tenn., Shirley Saylor of Middlesboro, Ky., Robin Brown of Middlesboro, Ky., and Mary Brown of Knoxville, Tenn.; three brothers, Terry Brown and wife Lori of Middlesboro, Ky., Brian Brown of Middlesboro, Ky., and Jay Jay Brown and wife Melissa of Middlesboro, Ky.; a special uncle and aunt, Roger Dale Bailey and Connie Bailey; as well as many other beloved aunts, uncles, nieces and nephews.
A service to celebrate the life of Roger Dewayne Bailey will be conducted at 6:30 p.m. Tuesday, July 27, in the Chapel of Peace at Tetrick Funeral Home, Elizabethton, with Pastor Bill Younce officiating. The family will receive friends in the funeral home chapel from 5 until 6:30 p.m. with the service to follow. The graveside service will be conducted at 11 a.m. Wednesday, July 28, at Happy Valley Memorial Park. Active pallbearers will be Hunter Brown and Roger’s co-workers from Northeast Correctional Complex. Matthew Bailey will serve as honorary pallbearer. Those wishing to attend the service are asked to meet at Tetrick Funeral Home of Elizabethton at 10:15 a.m. Wednesday to go in procession to the cemetery. Those who prefer memorials in lieu of flowers may make donations to the Lighthouse for Jesus, 2680 Highway 19E, Elizabethton, TN 37643 in honor of Roger. The family would like to especially thank his uncle and aunt, Roger Dale and Connie Bailey, for the love and support shown to Roger and the family during this difficult time. Online condolences may be shared with the family on our website, www.tetrickfuneralhome.com
Tetrick Funeral Home, Elizabethton, is honored to serve the Bailey family. Office: (423) 542-2232. Service Information Line: (423) 543-4917.