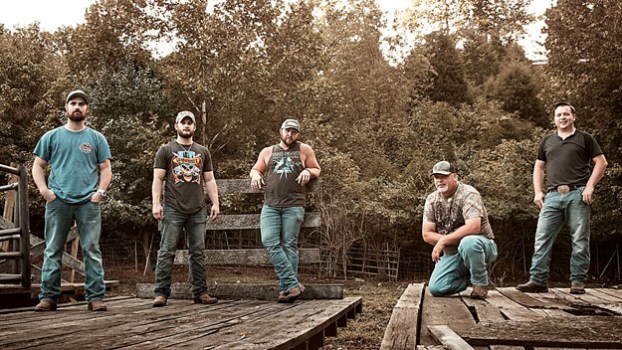 The increasingly popular Tri-Cities group is a rowdy, loud and proud country and Southern rock group focused on creating original music that combines the crowd-pleasing, high-energy sound of rock and roll with the sincerity and twang of old-fashioned country music.

The five-member group emerged in 2012 after playing and having a good time in front of less than a dozen people at small gigs. Since that time, they have continued to expand their fan base and refine their unique sound.

Southern Rebellion has a strong, loyal following worldwide and impressive sales in Europe. They also can be heard on most U.S. radio stations. The band recorded their first EP titled “Southern Man” at The Sound Asylum in Boones Creek.

The free Lakeside Concert Series offers a mix of the area’s top talent at a venue known for its friendly and welcoming atmosphere. Attendees are encouraged to bring blankets or folding chairs to relax on the grassy hillsides, or move and groove whenever the mood strikes. The location provides easy access, free parking, concessions, a playground and plenty of room for social distance.

The concerts will be held 7-9 p.m. at Winged Deer Park’s Goulding Amphitheater, 199 Carroll Creek Road, Johnson City. Nashville’s Good Rockin’ Tonight will round out this year’s series on Thursday, July 29.

The Lakeside Concert Series is presented by the News & Neighbor, 101.5 WQUT Tri-Cities Classic Rock, the Washington County Sheriff’s Department, and the Tennessee Department of Transportation.

After last month’s Carter County Commission meeting that left some questioning what the future would hold for the Elizabethton/Carter County... read more