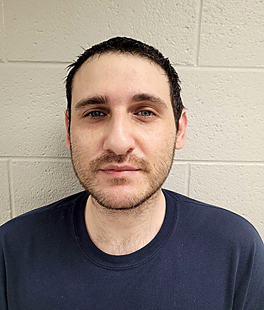 Elizabethton man arrested for solicitation of a minor

According to Washington County Sheriff Ed Graybeal an investigation into possible solicitation of a minor has resulted in the arrest of an Elizabethton man. Sheriff Graybeal said that an investigation began in January of this year, involving an adult soliciting nude images from a minor through telephone communication. As a result of the investigation, a warrant was issued for Shawn Harless, 37, of Elizabethton.
On Wednesday Investigators with the Sheriff’s Office located Harless on Little Stoney Creek Road in Carter County and took him into custody. Harless is currently being held at the Washington County Detention Center on a $2,500 bond and is scheduled to appear in General Sessions Court on Thursday. Harless has been charged with solicitation of a person under 18 years of age, and solicitation of a minor to observe sex act.

BY IVAN SANDERS STAR STAFF ivan.sanders@elizabethton.com An Elizabethton High School student recently was notified that he was accepted into one... read more