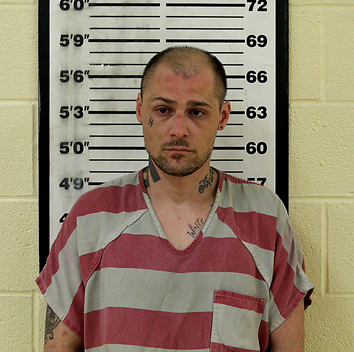 Investigators with the Carter County Sheriff’s Office arrested one man after a shooting that occurred in Hampton early Thursday morning.

At approximately 1:30 a.m., deputies were called to Highway 321. When they arrived, they encountered two men, one of whom had gunshot wounds to the upper arm.

Based on witness statements, investigators went to a nearby residence on Swimming Pool Road, where they found physical evidence linking 34-year-old James Terry Pierce to the shooting. Pierce was taken into custody on a violation of probation warrant and has been charged additionally with aggravated assault.

Pierce is being held at the Carter County Detention Center on a $10,000 bond for the aggravated assault and no bond for the violation of probation.

BY IVAN SANDERS STAR STAFF ivan.sanders@elizabethton.com ﻿﻿ “By this shall all men know that ye are my disciples if ye... read more