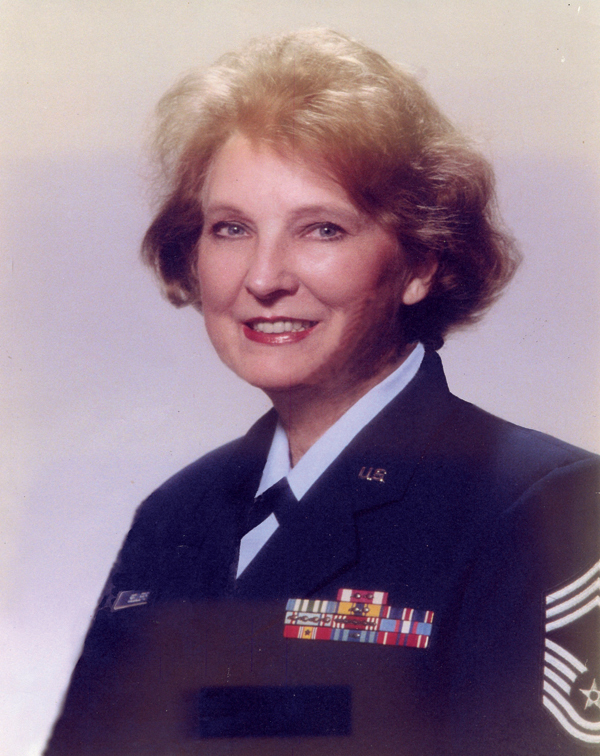 A Life Lived: Sara Sellers lived to serve others

Someone has said: “The best way to find yourself is to lose yourself in the service of others.” And, that Sara Sellers did.
From the time she was a young girl until her health failed her, Sara Sells spent almost every day helping others. “During her retirement years, she either was on the phone, writing letters, or making visits on behalf of other people. Whatever the need, if it was help assisting someone needing a job, getting healthcare, or finding a place to live, or putting food on the table, my aunt was there to help,” said Kim Whitehead.
“She considered it an honor to help people. She was very generous. If someone needed people financially, she always gave,” Kim shared. “It seems like she was always on the go, doing for someone, attending meetings, or taking part in a church activity.”
Most of us equate Sara Sellers with being a veteran of the U.S. Air Force. She served 30 years in the Air Force, spending time in Germany, Korea, Okinawa, the Aleutian Islands, Spain, England, and several stateside bases, retiring as a Chief Master Sergeant.
She grew up in Old Butler and came from a large family. Her father, Carson Whitehead, served in the Spanish American War. Kim said she felt her aunt was inspired to join the Air Force because of the service of her father and her nine brothers, most of whom served in the military.
“The military was the perfect fit for her. She was a very disciplined person, and enjoyed traveling and meeting people. She met her husband, Mike, while she was in the Air Force. He, too, was career military,” said Kim.
Following her retirement from the military, Sara couldn’t and wouldn’t say “no” if asked to serve. Some of her notable accomplishments included serving as a Commissioner on The American Battle Monuments Commission, appointed by President George W. Bush; Secretarial appointee to the Veterans Advisory Committee on Women Veterans; Chairman Emeritus of the Tennessee Commission on National and Community Service; being appointed by President George H.W. Bush to the Defense Advisory Committee on Women in the Service; and Secretarial appointee and advisor to the Secretary of Veterans Affairs, Washington D.C.
At home she served on the committee responsible for building the Veterans Memorial in downtown Elizabethton.
Kim noted as a member of the American Battle Monuments Commission, she was able to visit many of the cemeteries abroad where American soldiers were buried. “It was an honor for her to visit these sites, but she often said it was sad, too,” Kim said.
Sara was active in the local Republican organization and among her favorite work was what she did for Shepherd’s Inn, ARM, and the Lions Club. She also provided adult supervision and role models at summer camps throughout the United States for children whose military parents were deployed in war zones or were away from home. And one of her favorite things to do was read books to the children at Central Elementary School.
She was very involved in the Sinking Creek Baptist Church and loved her church family, and Kim noted, that her Aunt Sara loved animals. “She was always taking in stray dogs and cats,” she said.
Kim shared that Sara and Mike anxiously awaited the Christmas holiday every year. “They decorated the house inside and out and she bought tons of Christmas presents for nieces and nephews and other family members. Her big thing was to have a family gathering at her home on Christmas Eve. She really knew how to do Christmas,” Kim said.
Another niece, Robin Taylor, wrote: “She and Uncle Mike attended all of the important events in my life and I am forever grateful.”
Sara was a very professional person, and presented herself well, where it be at a Christmas party for her family or at a military funeral.
Sara was well-known throughout not only Carter County, but much of Northeast Tennessee. If a political figure visited the area, she was always on the list of people invited to attend. If there was a military funeral, Sara usually made the time to attend out of respect for the family and for the one who had died.
The receptionist at Memorial Funeral Chapel said, “She and Mike were the epitome of service. They gave so much of themselves to this community and the people in it.”
Others mentioned what a great role model she was for young women and the high standards she set for herself.
Sara Sellers died Nov. 14 at 87 years of age. Her final resting place is Mountain Home Cemetery in Johnson City, where her husband, Mike, is also buried. Fittingly, military honors were paid her by Shaw Air Force Base, Sumter, S.C.
Certainly, Sara Sellers met the challenges of being a public servant, and she did it professionally and with compassion.