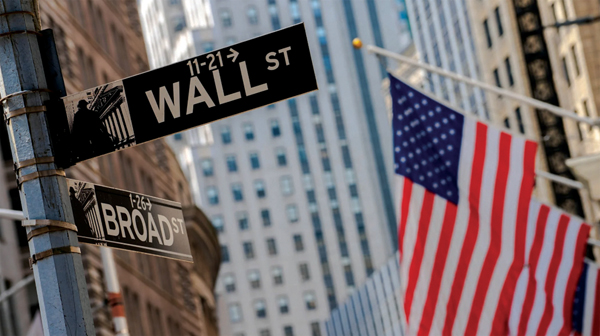 Stocks shed gains but remain near records on vaccine hopes

By STAN CHOE, DAMIAN J. TROISE and ALEX VEIGA
AP Business Writers
U.S. stock indexes have turned slightly lower in afternoon trading Wednesday, weighed down by declines in health care and technology companies.
Despite shedding modest gains from earlier in the day, stocks remain close to their record highs as hopes for a coronavirus vaccine coming in the future push some investors to look past the worsening pandemic in the present.
The S&P 500 was down 0.2%. It had been up 0.3% after Pfizer and BioNTech reported updated data suggesting their potential COVID-19 vaccine may be 95% effective. The companies said they plan to ask U.S. regulators within days to allow emergency use of the vaccine.
The Dow Jones Industrial Average also veered lower, sliding 39 points, or 0.1%, to 29,745, as of 2:01 p.m. Eastern time. The Nasdaq composite slipped 0.1%.
Despite the choppy trading, rising optimism was apparent across the market. Companies that would benefit most from a healing, reopening economy were leading the way, such as airlines and banks. Both the S&P 500 and Dow were within 1% of their record highs.
Earlier this week, Moderna also gave encouraging early data about a vaccine it’s separately developing. The improved prospects for a vaccine have some investors focusing on next year, when a vaccine or two could have the global economy operating closer to normal again.
That has investors embracing stocks that were beaten down by the weakened, closed economy of the pandemic. United Airlines gained 3.4% for one of the stronger gains in the S&P 500, and American Airlines climbed 2.5%.
“That story seems to be moderating a little bit here as the coronavirus news has now mostly been digested by the marketplace,” said Tom Martin, senior portfolio manager with Globalt Investments. “The vaccine news immediately captures the imagination because you see an endpoint.”
Financial stocks, which stand to gain from a healing economy as workers get jobs and make good on their loans, were up 0.4% for one of the biggest gains among the 11 sectors that make up the S&P 500.
Optimism about the economy’s prospects also has investors less enthusiastic about piling into the companies that dominated the stay-at-home economy of the pandemic, such as Big Tech. Apple slipped 0.2% and Amazon ticked down by 0.6%.
Because these companies are so massive in size, their stock movements have an outsized effect on the S&P 500 and other indexes. Even though it was down just 0.8%, Microsoft was among the heaviest weights in the S&P 500 out of all the stocks within the index.
Of course, many risks still remain for the market. Chief among them is the pandemic, which is accelerating so quickly that governments across the United States and Europe are bringing back varying degrees of restrictions on businesses. Coronavirus counts and hospitalizations are up in states across the country, and health experts are warning about the possibility of a brutal winter.
Even with the encouraging figures from pharmaceutical companies about their potential vaccines, there’s also still no guarantee one will be approved or how long it will take for it to be widely distributed.
Federal Reserve Chair Jerome Powell on Tuesday warned of the potential economic damage in the next few months because of the pandemic. Additional lockdown orders would keep customers away from businesses. But even if the strictest stay-at-home orders don’t return, fear alone of the virus could keep consumers hunkered at home.
Powell and other economists have said another big financial-support program from Congress could help tide the economy over. But bitter partisanship in Washington has prevented any deal to renew extra unemployment benefits for laid-off workers and other stimulus efforts that expired earlier this year.
In Europe, a coronavirus relief package is being held up by a diplomatic dispute between Hungary and Poland and several other major EU countries.
European stock markets rose. France’s CAC 40 and Germany’s DAX returned 0.5%. The FTSE 100 in London added 0.3%.
In Asia, Japan’s Nikkei 225 fell 1.1%, but other markets were stronger. South Korea’s Kospi added 0.3%, Hong Kong’s Hang Seng climbed 0.5% and stocks in Shanghai added 0.2%.
The yield on the 10-year Treasury ticked up to 0.88% from 0.85% late Tuesday. A report showed that homebuilders broke ground on more new houses last month than economists expected.

Records of the wrong kind

BY BRITTNEE NAVE STAR CORRESPONDENT COVID-19 has broken several records in a bad way for our region. This news was... read more