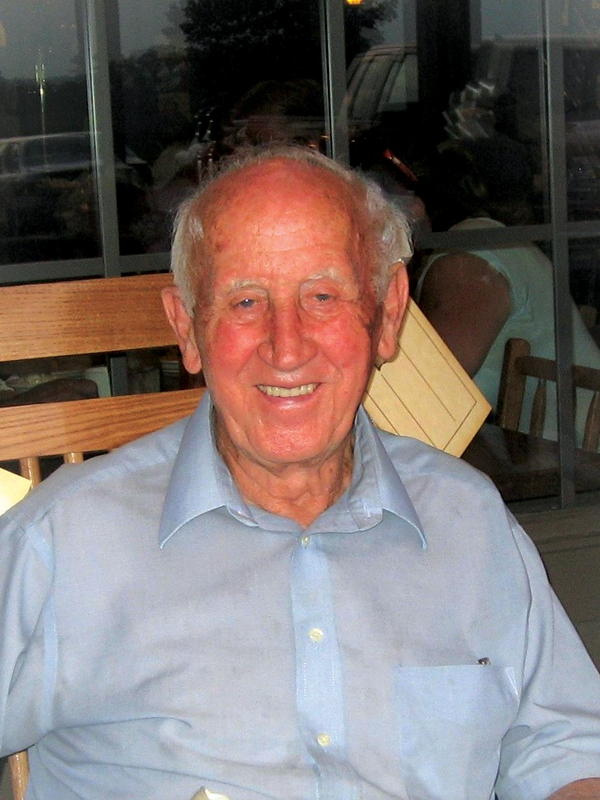 A Life Lived: Beryl Norris was a devoted  Christian and farmer most of his life

By ROZELLA HARDIN
Editorial Director
rozella.hardin@elizabethton.com
Often church-going people in the South are referred to as “salt-of-the-earth” people. They bring seasoning to an unsavory world. Beryl Norris, who died August 15 at the age of 92, was one of those salt-of-the earth people.
A life-long resident of Roan Mountain, Beryl grew up and lived many years on Buck Mountain. He was a long-time member of High Point Baptist Church, a small church of which the membership was composed of mostly people on the mountain. His son, Harvey, noted that an old Spinnerette featured the High Point Church in a 1949 edition, and his father, who was only 22 at the time, was a Sunday School teacher at that time. “He had been a Sunday School teacher and deacon most of his life,” said Harvey.
“He enjoyed his church and was very devoted to it. About two years ago, he was presented a plaque by the church in recognition of his 70 years as a deacon,” said Harvey.
“Dad was a hard worker all his life. Early in his adult life, he drove a school bus and supplemented his income by raising tobacco, potatoes, and beans, which he sold to markets. Later, he got a job at Bemberg, but he still farmed. If he worked day shift, he came home and farmed in the evening. If he worked the evening shift, he farmed in the morning. Dad was a hard worker and always put in a full day,” said his son.
When Bemberg closed, he worked for a while at Crawford Drywall and then secured a job as a rural mail carrier. “He carried mail for old Route 9, and was well-liked by the people on his route. He still continued to farm,” Harvey shared.
About 36 or 38 years ago, Beryl and his wife moved off the mountain and built a house at Shell Creek, which wasn’t very far from Buck Mountain. “He stayed close to his roots,” said Harvey.
Beryl and his wife, the former Betty J. Elliott, had been married 69 years, when she died in 2017. “My mother was in the nursing home for three years before she passed. Dad was faithful to visit her. I don’t know that he missed a day. He would go in time to feed her lunch and usually spent the afternoon with her,” his son shared. “He was very devoted to her.”
Beryl wasn’t all work and no play. He enjoyed fishing. He and his wife would go on fishing trips, and he liked bluegrass music, and the two traveled to several bluegrass festivals. Some of the festivals they attended were in Charlotte, N.C., Marion, N.C., Pigeon Forge, and they often attended Christmas in the Smokes. Harvey said his father’s favorite bluegrass artist was Doyle Lawson. “He also liked Little Roy and the Lewis Family,” Harvey added.
“He also liked to eat out, especially on Friday night. Until the Whiteway Grill closed, we went there and ate fish. After that we went to the Mayflower,” Harvey said with a laugh.
In addition to Harvey, there were two other children, Ernie, who died in 2014, and a daughter, Pat Shell. Beryl’s extended family also included four grandchildren, seven great-grandchildren, and one great-great-grandchild.
“Dad was a good, Godly man, who was faithful to his church, read his Bible and lived by it. He worked hard. His family was important to him. He enjoyed the simple things in life and derived pleasure from farming, doing for his family. In his latter years, he had to use a walker. But I remember after he began using a walker, he still mowed his yard. He would use a walker to get to his riding mower. He would then park the walker, get on the mower, and mow,” Harvey shared.
He also noted that his father had a dog, Roscoe, which died only three days before his father did.
Beryl Norris certainly added a bit of savor to life, and more than anything, he showed us how to live, and not to exist for just ourselves. And, he proved that hard work never hurt anyone.
You Might Like

MILLIGAN — While COVID-19 made it difficult for many colleges and universities to meet enrollment goals this year, Milligan University... read more