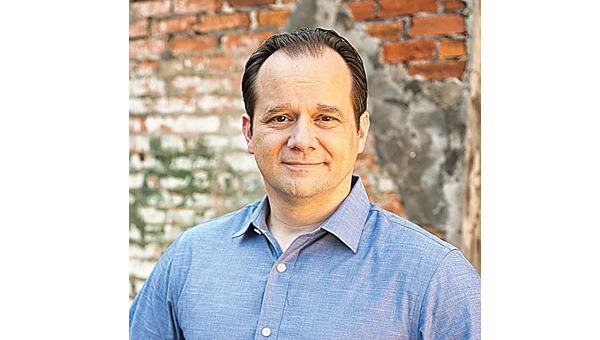 Contributed Photo Josh Gapp is running for Congress to combat many of the current issues going on in the country, one he noted being a culture war and political correctness.

Humble beginnings led one man to achieve his American Dream…now, he wants to share it by running for Congress.
Josh Gapp grew up the oldest of seven siblings and lived in a trailer while his father finished school. Through his parents, Gapp learned that to achieve the American Dream, you must work hard.
“It’s an American story. My parents are the first generation in their family to go to college and so they set a wonderful example for me and my siblings,” he said. “I spent my life trying to live up to the promise that they believe to be true.”
By his teenage years, Gapp had delved into business, taking out a loan. By the age of 20 he was married to his wife and the pair would become business partners. They have now been working in the business for over 20 years.
In addition to his work in business, Gapp decided to also go to medical school. He is now a pathologist in dermatopathology. He has a practice in Johnson City and in Knoxville.
Gapp said his decision to run for Congress came from a concern for the future of our country.
“I think political correctness is cancer that is tearing our country apart,” he said. “The most important thing going on right now is the culture war that has pretty much been thrown at our feet. The left is using political correctness as a tool to try and now control speech and thought.”
Gapp elaborated on this, explaining that people are prone to insults for disagreeing or saying things not deemed politically correct.
In addition to this, traditional conservative values are also included in his campaign. Gapp said he considers himself a Pro-life Christian and is also Pro-Second Amendment.
Lastly, Gapp said he worries for rights on religious freedoms and also wants to protect law enforcement, who he believes have a target on them as of late.
“Now more than ever we need strong leaders who can stand up for who we are as a nation and our rights and our ability to remember the history that’s there in our country,” he said. “They’re literally trying to erase our history.”
Gapp considers himself to be an outsider to the world of politics, noting he has worked hard for all that he has and his humble beginnings.
He thinks such outsiders are what Washington D.C. needs right now.
Additionally,  he wants to make sure the voices of Tennessee are heard.
For more information about Gapp, you can check out his Facebook page, “Josh Gapp for Congress,” or go to www.joshgapp.com.
You Might Like

With summer in full swing, local residents continue to meet the challenge of doing what needs to be done around... read more