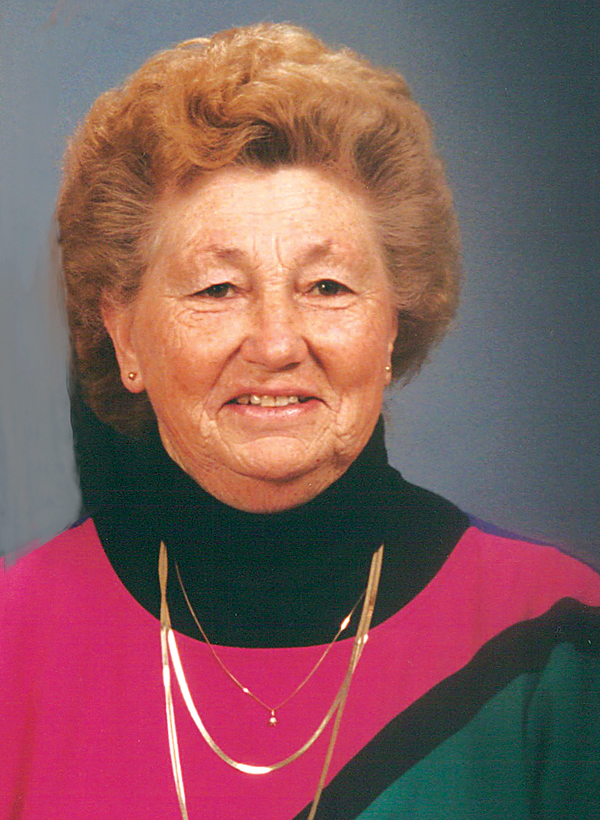 A Life Lived: Ruby Ferguson’s priorities were family and church

Ruby Ferguson knew well what it was like to keep house, raise four boys, and make sure they were fed and clothed. On the side, she was a seamstress.
Needless to say, there were few dull moments at the Ferguson household.
“Mom had a knack for sewing. Before she was married in the late 1930s or early 1940s, she worked as a seamstress in Marion, Va. After she married and moved to Elizabethton, she continued to do a lot of sewing and alterations for people, and at one time made uniforms for the Hampton High School cheerleaders. She apparently was good at what she did,” said her son, Sam.
“There were four of us boys and we all had friends, and Mom always welcomed them to the house and to the dinner table. I don’t know how she fed a houseful of boys, but she did, and did it joyfully,” Sam continued.
Ruby Ferguson died June 18 at the age of 98, and Sam noted, “She was a great mom, and a wonderful person. She not only loved her family, but loved the Lord and her church at First Christian in Elizabethton. When I and my brothers were growing up, we lived on Cedar Street across from the Harold McCormick School, and every Sunday morning, we walked down the hill to First Christian Church,” Sam shared. “She was faithful to her church and loved it. One of her most coveted honors was being named Mother of the Year in 2013 at First Christian.”
In addition to her seamstress work, Mrs. Ferguson enjoyed antiques. “She knew a lot about antiques and was in the flea market business for a while,” Sam said.
“Mom knew a lot about many things, but I would have to say her children, grandchildren, and her church had special places in her life. Not long before she died, she shared, ‘I wish I had you boys back again,’” said Sam.
Sam’s brothers were James and David Ferguson and the late Phillip Ferguson.
Sam shared that his mother was a very neat person and always wanted to look good. She was not a vain person, but she wanted to look good when she went out — her hair in place, and her clothes neatly pressed.
“She was from the old school. She believed in taking care of her family, working hard, keeping a clean house, and cooking for her family. She was good at most things she did, especially loving us boys,” Sam said.
Mrs. Ferguson was able to stay at home until after her 97th birthday when she had to go to Ivy Hall for some rehab. “She never regained enough strength to come home. The Lord really blessed her with a long life and good health. And, to us boys, she was the best. She cared for us and taught us what was important. We were blessed to have had her for a Mom and for as long as we did,” Sam shared.
In addition to her four sons, Ruby Ferguson had three grandchildren.
Her husband was the late James Ferguson.
You Might Like