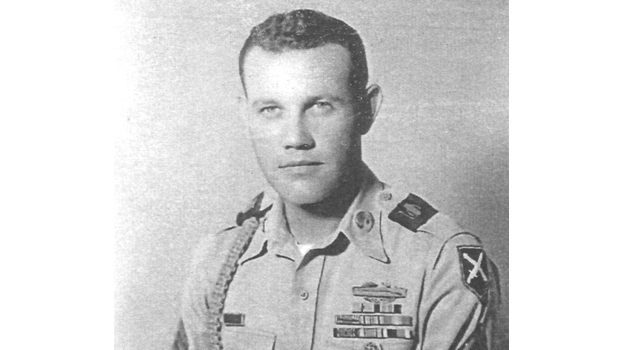 When Hampton’s Wanda Marlowe crosses the bridge that spans Laurel Falls Creek on US Highway 19E in Carter County, she will soon be reminded of her fallen family member Command Sergeant Major James C. Gilbert.

Gilbert, who served in the Vietnam War with the United States Army, died on March 12, 1969, under hostile conditions while evacuating wounded soldiers from a battlefield via helicopter in Vietnam. And on Saturday, Oct. 27, a bridge dedication ceremony will be held in the memory of Gilbert as the bridge that spans Laurel Falls Creek takes on his name.

“Every time I cross that bridge now, I will be honored and think about the moment he died for our country,” said Marlowe who is a first cousin of Gilbert.

Getting the bridge named in honor Gilbert has been a project for Marlowe and her husband, Larry, for more than a year now, and Marlowe said that seeing the project on the verge of being completed means a lot.

“I have always heard stories about J.C. (Gilbert) growing up,” said Marlowe. “It’s been 50 years since he died, I am just thankful for the County and everyone involved for doing this.”

Gilbert was born on June 1, 1926, and was the son of Eller Gilbert and Bertha Potter Gilbert.

Gilbert enlisted in the U.S. Army in 1947 and would climb to the rank of Command Sergeant Major and served 22 years before his stint in Vietnam.

During its Feb. 20 meeting, the Carter County Commission approved a resolution honoring the life of Gilbert and requested that the Tennessee Department of Transporting name the above-mentioned bridge in his memory.

“Sergeant Major Gilbert was a true American hero who bravely sacrificed his life for his country,” read a part of the resolution.

Saturday’s ceremony will begin at 2 p.m. and will be held at the bridge to be dedicated which is located at on Highway 19E near the Subway in Hampton. If in the event of rain or inclement weather, the ceremony will be moved to Hampton High School. Carter County Mayor Rusty Barnett and State Representative Timothy Hill will be present, and the Carter County Honor Guard will be on hand to do a presentation that will include a 21 Gun Salute.